Time to finish based on 47 play times

Arkham Origins moved development away from series creators Rocksteady Studios, and is written by Corey May and Dooma Wendschuh. The game's main storyline is set five years before that of 2009's Batman: Arkham Asylum and follows a younger and less refined Batman who has a bounty placed on his head by crime lord Black Mask, drawing eight of the world's greatest assassins to Gotham City on Christmas ... See moreEve. The game is presented from the third-person perspective with a primary focus on Batman's combat and stealth abilities, detective skills, and gadgets that can be used in both combat and exploration. Arkham Origins is the first game in the series to feature multiplayer gameplay. 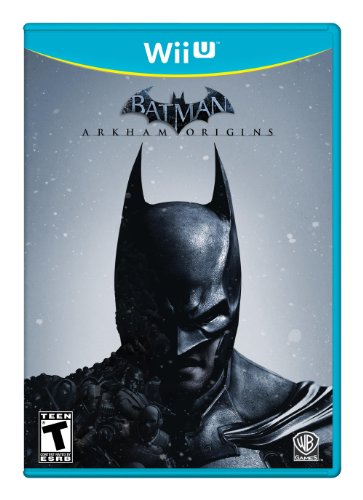 OUT OF NOWHERE writes:

Ok, the average time for this game not a very good approximation. I'm not sure how common it is on this site for people to rate it silly times, by in doing so it has ruined the rating.

The mean time shown at the moment is 62.9 hour, from 24 ratings. The standard deviation howerver (average distance from the mean) is 200.47! This means that there are some outlying readings that completely mess with the average. Removing the ratings for 0 and 1 and 1000 hours, we obtain a mean time of 21.145 hours (std +- 17.05). This seems to be a more reasonable time, as it seems to lie in the range range as Arkham Asylum, and Arkham City.

I would recommend that the developers of this website code something more than just the mean. You could simply alter the rating system to not take into account any ratings over 1 standard devation from the mean (e.g. not account for the 1000 hours time, as it is over mean + std (62+200)). This will bring the ratings to a more reasonable level. Or use some sort of weighted average.

Around 28 hours. Then with all side quests finished and on 100% except for all the Enigma data packs.

15 hrs just finishing the main story without any sidequests

really the best graphics game ever, i really liked it, the best way to play
https://hdpcgames.com/batman-arkham-origins-download-pc-game/