Time to finish based on 155 play times

Set in an alternate history 1960, the game places the player in the role of a plane crash survivor named Jack, who must explore the underwater city of Rapture, and survive attacks by the mutated beings and mechanical drones that populate it. The game incorporates elements found in role-playing and survival games, and is described by the developers and Levine as a "spiritual successor" to their pre... See morevious titles in the System Shock series. 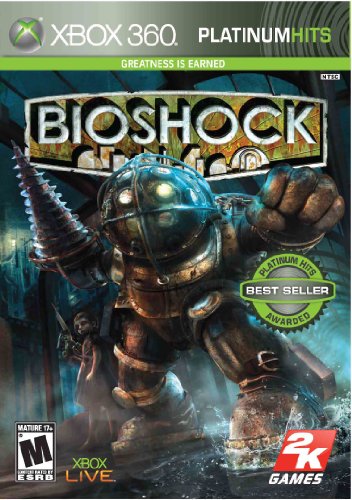 I actually played this on the 360, but I guess it doesn't really matter. Good game series for sure

Took me about 20h to finish, mostly because I'm both a completionist/explorer and a scaredy cat (meaning multiple breaks and inching forward, though I did get better once I hit Arcadia). Definetly worth it, awesome atmosphere, brilliant plottwist and I liked the gameplay. :)