Cpl. Scott Riley is the first playable protagonist of United Offensive in the American campaign. Riley participates throughout the entire Bastogne campaign by defending Bois Jacques, capturing and securing the crossroads and town of Foy, and capturing Noville.

Sgt. James Doyle is the second playable protagonist in United Offensive, serving as the playable character in the British campaign. Doyl... See moree is a Royal Air Force B-17 gunner who is shot down over Holland on the RAF's first daylight mission using the B-17s. The Dutch Resistance, with the help of the SAS, rescue him before he is captured by the Germans. Doyle is then sent to Sicily with the SAS to knock out several huge cliff mounted cannon, not unlike those in The Guns of Navarone

Pvt. Yuri Petrenko is the third playable protagonist in United Offensive. Petrenko participates in the entire battle by defending their trench bases, securing Ponyri's streets, destroying German armor in Prok, and assaulting and defending Kharkov until the arrival of Soviet reinforcements. 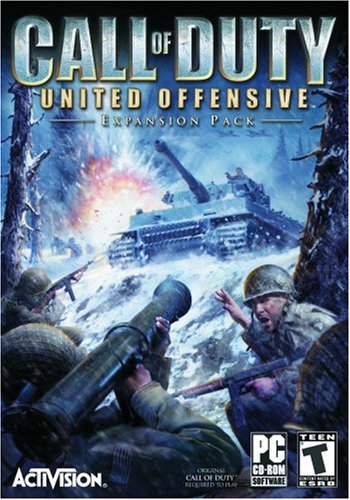