The game begins with the court jester of the kingdom of Trodain, Dhoulmagus, stealing an ancient scepter and casting a spell on Trodain castle. The spell turns the king, King Trode, into a troll; the princess, Medea, into a horse; and the rest of the castle’s inhabitants into plants. The only one left unaffected is the unnamed protagonist, a Trodain guard. The guard, King Trode, and Princess Med... See moreea set out on a quest to track down Dhoulmagus and break the spell. They are joined by Yangus, a bandit whose life the hero saves from a collapsing bridge; Jessica, a mage seeking to avenge her brother; and Angelo, a Templar Knight with a penchant for flirting and gambling. Tracking Dhoulmagus' murderous path, the party journeys west, across the ocean. Eventually, the group hunts down Dhoulmagus and kills him, but Dhoulmagus' death fails to break the spell. Jessica claims Dhoulmagus' scepter, and soon after disappears.

Jessica later returns, possessed by the staff and battles the remaining party members in an attempt to murder a young man. After the party releases Jessica from her possession, Jessica tells them that the scepter contains the spirit of Rhapthorne, the Lord of Darkness, who was imprisoned in the scepter long ago by seven sages. He seeks to escape from his prison by killing the descendants of the sages. When Jessica explains this, the scepter takes control of a magician’s dog, Sir Leopold, and kills the magician’s assistant, who was one of the descendants of the sages. The party attempts to seek out and defend the remaining descendants, but Leopold manages to murder most of them, until the scepter comes into the possession of Marcello, Angelo's power hungry half-brother. Marcello kills the last remaining descendant of the sages, but manages to contain Rhapthorne for a time. Eventually, the party engages Marcello for murdering a High priest, expending Marcello's energy and releasing Rhapthorne. The party, aided by the godbird Empryea, faces Rhapthorne and defeats him. With Rhapthorne dead, King Trode, Princess Medea, and the people of Trodain are returned to normal. Months later, the protagonist escorts Medea to Savella Cathedral for her arranged marriage to the spoiled Prince Charmles of Argonia, but before the ceremony can take place, the protagonist and Medea escape from Savella Cathedral and live happily together. In an alternate ending, it is discovered that the protagonist is the lost prince of Argonia. Because he is a prince, the King of Argonia decides to allow the protagonist to marry Medea. 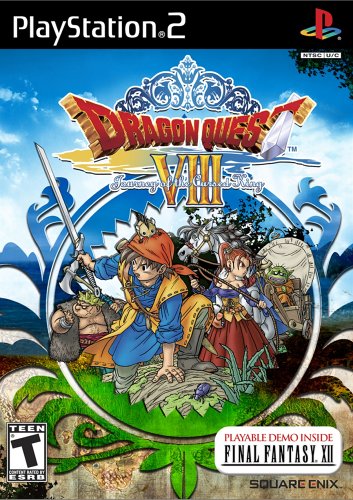 Time varies greatly depending on whether you want to just complete the main storyline or finish every side quest and get the alternate ending. Main storyline generally takes around 70 - 90 hours while beating the game completely takes roughly 120 - 140 hours. If you just want the alternate ending only an additional 5 hours or so are need after the initial playthrough.

I spent 175 hours doing the main quest and at the same time, doing the sidequests, collecting some minimedals, capturing and fighting with monsters, playing in the casino til' getting all the items I nedded, and training with the cursed Metal Slimes in that mountain near Rydon's Tower, until all my characters were like level 66 or so.
But I couldn't keep training and getting all the items, the coolest armor for the hero, and making through the trials, because the game frooze when I tried to save it for continue playing after finishing the main story = S
So I guess you could make it until 10 hours more at least...