Drakengard follows the story of a kingdomless prince named Caim who fights for the Union against the Empire. Under the Union's protection are the Hierarchs and the Goddess, currently Caim's sister Furiae, who is a human manifestation of one of the four seals that protect the world from being broken. As the game begins, Cain is fatally wounded in a battle with the Empire. Encountering a captured Re... See mored Dragon who is also near death, Caim makes a fateful choice. In exchange for both their lives, the Red Dragon and Caim will enter a pact. This pact will forever chain their lives to one another and link their souls, at the cost of something irreplaceable. Recharged with the fires of a Dragon, Caim's vengeance burns over the enemy...

The player controls Caim on his quest. The game is separated into three distinct modes: Aerial combat, Ground combat and Event Combat. In Aerial Combat, Caim rides dragonback against a variety of airborne foes breathing fireballs (strong single shots and weaker multiple lock-on shots). The Dragon is agile and is able to evade incoming threats, turning around completely in a moment. In Ground combat, the game is shown in 3rd person though usually large, open areas. Controlling Caim, his primary ability is the use of a variety of weapons found on the battlefield. These are leveled up through continued usage, and specifically through the killing of individual enemies. Though magic (determined by weapon choice), timed attacks and evasion, Caim breaks through enemy armies. Characters recruited as allies by Caim can also be summoned during battles, steadily losing health until control is returned to Caim. In ground combat, Caim may also call forth his Dragon to ride and strafe enemies from the air. The Dragon's movements are generally the same as in aerial combat but more limited and less agile. Event combat is similar to Ground combat, but shown isometrically, restricted to a single weapon and without the aid of a dragon. It is used mainly to tell story sequences.

Levels that have been visited before might become "Expedition Missions" which are optional and contain new objectives, enemies and weapons. Additionally, any level previously played in the storyline may be revisited at any time. Depending on Caim's choices (and prerequisites for those choices), there are five different endings to Drakengard. 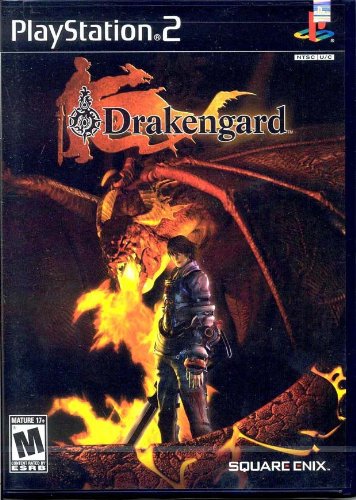