Time to finish based on 28 play times

San Andreas is structured similarly to the previous two games in the series. The core gameplay consists of elements of a third-person shooter and a driving game, affording the player a large, open world environment in which to move around. On foot, the player's character is capable of walking, eating, running, sprinting, swimming, climbing (the first GTA game in which swimming and climbing are pos... See moresible) and jumping as well as using weapons and various forms of hand to hand combat. Players can drive a variety of vehicles, including automobiles, buses, semis, boats, fixed wing aircraft, helicopters, trains, tanks, motorcycles and bikes. Players may also import vehicles rather than steal them. 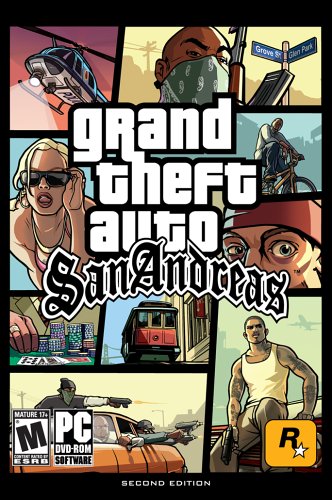 That 1000 hours play time should be removed; it is an outlier. If it wasn't for that time, the average would be 47 hours which is far more reasonable.