Killzone: Mercenary is a first-person shooter video game for the PlayStation Vita, released in September 2013. Developed by Guerrilla Cambridge, it is the second hand-held title in the Killzone series of video games, and fifth overall. It is the first installment to not be developed by Guerrilla Games directly. It is also the first game in the series not to have Joris de Man as composer of the sou... See morendtrack, instead leaving Walter Christian Mair as composer.

Taking place throughout key events and locations of the first three installments of the Killzone franchise, Mercenary follows the story of Arran Danner, a mercenary hired by the ISA.

Mercenary was met with positive critical reception for its quality as a portable-console first person shooter following the mixed-to-negative reception given to previous FPS titles Resistance: Burning Skies and Call of Duty: Black Ops – Declassified. Praise was given out to the game's controls and visuals, while criticism was aimed at its story and campaign length. 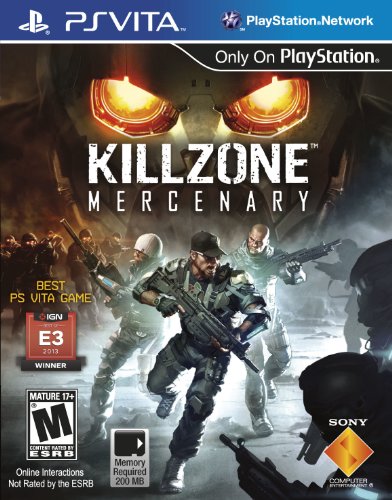 4h 37m on normal difficulty, with no great effort to collect intel or go quiet.