Following previous games in the series, players control a boy named Maxwell who has the ability to manifest any object or person using his magical notepad. These objects can be used to solve each mission's objective in a variety of ways. The notable feature of this game is the appearance of heroes, supervillains and locations from the DC Universe. According to developer 5th Cell, the game features... See more almost every character in the DC Universe - around 2000 characters in total - ranging from popular characters such as Superman and Wonder Woman to more obscure characters such as Bloodwynd and Matter-Eater Lad. Variations of certain characters are also included, such as multiple Batman interpretations and hundreds of different Green Lanterns.

Players can visit a number of locations from the DC Universe, including the Batcave - which acts as the player's main hub - as well as Gotham City, Atlantis, Metropolis, the Fortress of Solitude, Central City, the Green Lantern Corps base on Oa, and more. 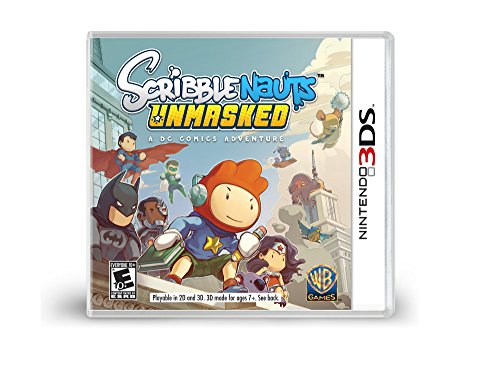