On the war-torn planets of tomorrow, mankind's greatest battle is about to begin. With its frontier colonies devastated by a growing insurrection, Earth dispatches the elite 8th Armored Infantry (nicknamed "Section 8") to repel the coming onslaught. The nickname refers to an old United States military regulation where a soldier would be dismissed from service through being mentally unfit for duty.... See more The near-suicidal missions that this division volunteers for brands them as insane by other military units. Section 8 deploys by 'burning in' from their orbital drop ships tens of thousands of feet above the battlefield, utilizing the most advanced arsenal of military hardware known to man. Their mission: to scout and secure difficult objectives and smash enemy defenses in lightning-quick assaults. An intense first-person shooter, Section 8 allows players to dynamically alter the flow of combat as they see fit. Employing tactical assets and on-demand vehicle deliveries, players are given unprecedented strategic control over epic sci-fi battlefields. Get ready to burn-in trooper; the war begins in 2009. 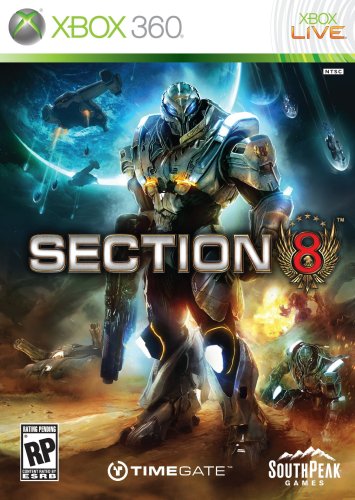