Star Wars Jedi Knight: Dark Forces II is a 1997 first-person shooter video game developed and published by LucasArts for Microsoft Windows. It was made available on Steam on September 16, 2009. The game is set in the Star Wars fictional universe and is a sequel to the 1995 game Star Wars: Dark Forces. Jedi Knight was very well received by critics, and holds aggregate scores of 88.69% on GameRankin... See moregs and 91 out of 100 on Metacritic. 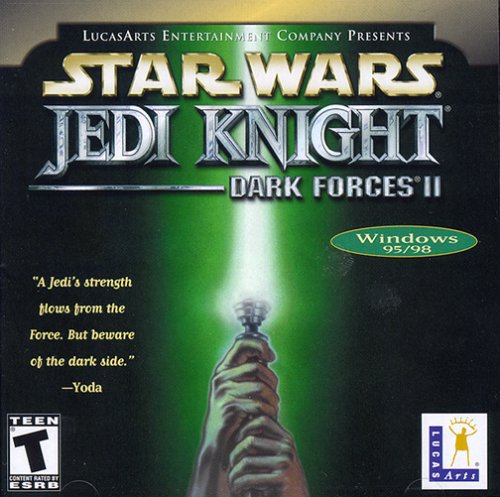