Time to finish based on 7 play times

Titanfall is a 2014 first-person shooter multiplayer video game developed by Respawn Entertainment and published by Electronic Arts exclusively for Microsoft Windows, Xbox 360, and Xbox One. The game was released for Windows and Xbox One on March 11, 2014, with an Xbox 360 release to follow in April. Respawn was formed in 2010 by the co-founders of Infinity Ward, the development studio behind Call... See more of Duty: Modern Warfare 2. The company announced Titanfall as their debut game at Microsoft's E3 2013 press conference.

In Titanfall, players compete in six-on-six online multiplayer-only matches set on a war-town planet, playing as mech-style Titans and their pilots. The game's action is fast-paced: as pilots, players can run along walls and link jumps together parkour-style, as well as employ special abilities such as cloaking; as Titans, players are equipped with more destructive armaments and special protective shields. Several gameplay elements were designed to increase the game's accessibility, such as a locking pistol, the supplementing of each team with weak AI bots for easier kills, and temporary power-ups. Respawn describes the game as bringing "scale, verticality, and story" to first-person shooter multiplayer gaming, incorporating elements traditionally used in single-player campaigns. The game uses Microsoft's cloud computing services to offload non-player activity to servers and optimize the home computer for graphical performance.

The game won over 60 awards at its E3 reveal, including a record-breaking six E3 Critics Awards, and Best of Show from several media outlets. It also won official awards at Gamescom and the Tokyo Game Show. Many reviewers predicted Titanfall to be the next step for the first-person shooter genre, and IGN's Ryan McCaffrey declared the game "Microsoft's killer app". The game received "generally favorable" reviews, according to video game review score aggregator Metacritic. Reviewers praised the game's pilot–Titan balance and overall accessibility for players of all skill sets. 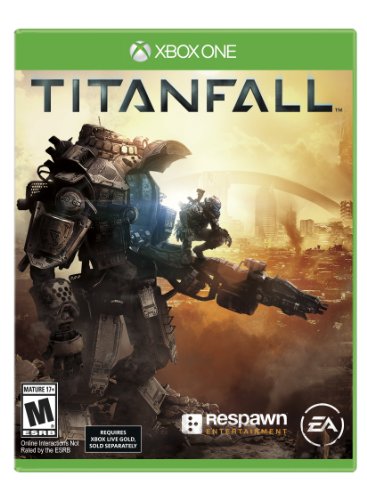 someone added 85:23 Maximum time. its fastpaced online mplayer. funtime should be around 80hours

the campaign takes about 3.5 hours